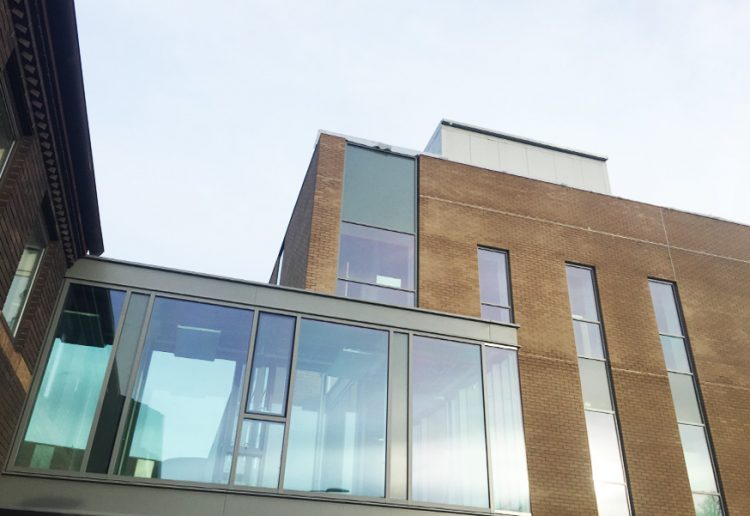 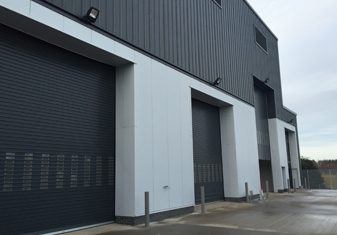 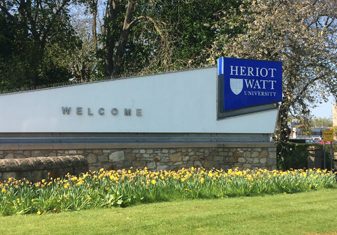 Heriot-Watt University and the British Geological Survey wanted to create a European Leading Research Centre where newly deployed systems would be required to cope with a wide range of environmental and operational demands.

As part of a joint venture between Heriot-Watt University and the British Geological Survey (BGS), construction of the new Lyell and Lyell Support centre will drive the strategic development and innovation of earth and marine science and technology. The BGS, who are members of The Natural Environment Research Council (NERC) Royal Charter, now have several offices within the £21 million facility as well as expedition resources set to attract the next generation of geo and life scientists. Funded by the NERC, Scottish Funding Council (SFC) as well as the University, the Lyell Centre will be one of Europe’s leading centres for research, supporting careers ranging from Oil, Gas and Coal, Civil Engineering and Forensic Science to Mining and Quarrying.

King Communications & Security have been working with Heriot-Watt and Engineering Consultancy, Arup to provide integrated systems across both sites within the Edinburgh campus. The university required synergy in their systems approach to enable full control of the site from their internal security management centre. The Salto access control system for both buildings can be managed from the Lyell Centre’s main reception due to the scope of integration across the sites. Each facility required varying access rights for front and back entrances, as well as electronic gates to large shipping container loading yards, protecting the vast range of lab and preservation environments across the premise.  The project needed over 100,000 metres of cable and fibre to connect new and existing buildings on the campus as well as the Lyell and Lyell Support Centre. Over 2,000 data points were supplied across workspaces and office pods; now home to BGS specialist consulting teams.

King Communications & Security have installed site-wide Axis Communications IP CCTV at the Heriot-Watt campus on preceding projects. Now, following the development of the Lyell and Support Centre, network infrastructures have been set to provide full, multi-system control within the site’s management centre. The university currently manages all its own fire and security signals; connectivity was paramount to the project’s success, allowing control of the existing buildings and their counterparts in tandem with new campus developments from this single zone. In addition to the security camera and access control technology, King Communications & Security have installed disabled toilet alarms, video door entry systems as well as Notifier by Honeywell fire alarm, smoke detection and emergency voice communications systems (EVCS) with sounder beacons.

In support of The British Geological Survey’s activities in climate change, natural geohazards and water resources, the facility houses specialist equipment such as a 40 tonne crane and a 7ft indoor specimen pool. Additionally, the Lyell Support Centre features a large engineering workshop with welding and loading areas for research and surveying projects. The site has multiple controlled environments comprising of rock archives and waterproof specimen labs for maintaining temperatures suitable to marine life, seafloor, and sub-seabed geological samples. The British Geological Survey are responsible for over 9 million items of geological data of this kind, quality systems in fire and security are critical to the protection of the university’s assets. King Communications & Security utilised Excel’s premium and robust cabling solutions for network infrastructures. Reliable data services were of equal importance to the project as structures are required to withstand exposure to varied temperatures, water and the daily demands of a busy research team processing volumes of data.

The university announced the official site opening in mid-October 2016, inviting members of the public, BGS and future geological scholars to celebrate the launch of the research facility and the legacy of Geologist, Sir Charles Lyell.

This has been a fascinating project. Challenging the quality and durability of technology to meet the need of specialist environments that will see world-class advances in marine and geoscience for generations to come. We look forward to supporting any future plans for the campus’. Martyn King, Managing Director, King Communications & Security.